Selections From My Advice To the Women; Lesson 06 the Harms of the Tongue 10youtube Com

By Abu 'Abdullaah Hasan as-Sumaalee Selections from the first series of lessons based on the book, "My Advice to the Women." The series was started in 2004. It was broadcast on PalTalk and locally at The Reign of Islamic Da'wah Centre (a da'wah office at the time) in Toronto, Canada. 20 or 30 brothers (some travelling distances) would sit in a small room and into the hallways of the office complex, straining to listen to the audio over the computer speakers. The series was very popular and reproduced by the author (Hasan as-Sumaalee) at later dates in the USA.

A Reminder To the Women Who Are Being Tested By Allaah With Calamities, Misfortune
troidtube 3273 Views
45:25 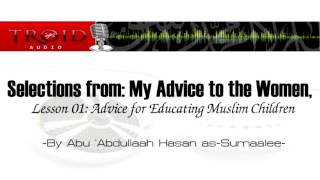 Selections From My Advice To the Women; Lesson 01 Advice for Educating Muslim Ch
troidtube 3081 Views
37:00 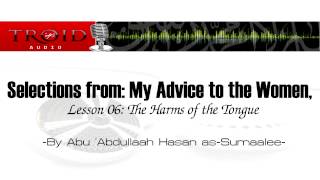 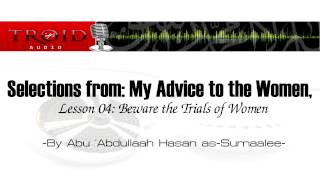 Selections From My Advice To the Women; Lesson 04 Beware the Trials of Women
troidtube 2233 Views
09:55 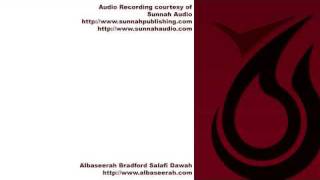